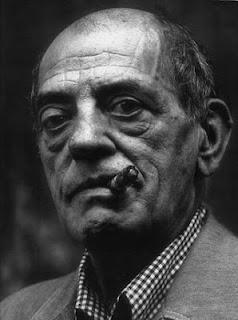 After my revelatory discussions with Dusan Marek, who had taught me that Surrealism was more a way of life than an art movement, and my meeting with Denys Finney, who had opened the possibility of me becoming an artist, I started to study my new interest with passion. Influential books were:

But the person who (for me) galvanised the essence of surrealism was Luis Bunuel, in my opinion the most compleat surrealist of all. The first Bunuel film I saw was Viridiana. The effect of this I can only liken to a Buddhist achieving enlightenment. And the story of it's making, and subsequent release, is as surreal as the film itself. 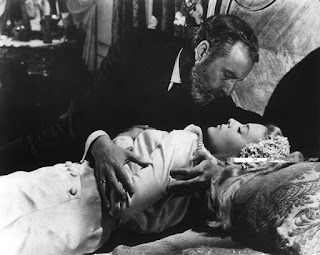 The story is purely de Sadeian in concept, and could have (like de Sade's Justine) been subtitled The folly of virtue. But where the Divine Marquis attempts to shock with his pornography, Bunuel shocks with subversive ideas, and it is this that makes the film so dangerous. Bunuel said, 'What I am aiming to do in my films is to disturb people and destroy the rules of a kind of conformism that wants everyone to think that they are living in the best of all possible worlds'. In Viridiana he takes a swipe at just about everything, from religion to society, moral standards, obsession, class divisions, innocence and trust. In Viridiana there are no winners...everyone loses eventually. I watch Bunuel not to be entertained, but to learn...

Bunuel had returned to Spain from a 25 year self-imposed exile in Mexico to make this film. The script had been submitted to the Government censors who took umbrage with the closing scene, and Bunuel modified it accordingly. Why they allowed the rest of the script is still a mystery. Bunuel shot the film in his usual economic, to the point, often just one take style. The negatives were smuggled into France and the film premiered at the 1961 Cannes Film Festival as Spain's official entry where it was awarded the Palme d'Or and received a 7 minute standing ovation. It was promptly banned by the Franco government in Spain and blacklisted by the Vatican as 'sacreligious and blasphematory'. I suspect that Bunuel was as honored by this response as he was in receiving the Golden Palm. The master had struck again...
Posted by Bob Georgeson at 15:30