No, I am not starting a new series...excuse the pun... 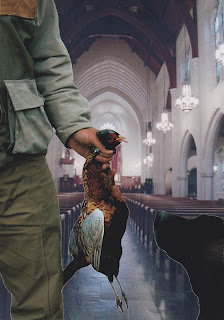 anonymous waves, Birds of Christ, 2013, Photomontage
Posted by Bob Georgeson at 11:05 No comments: 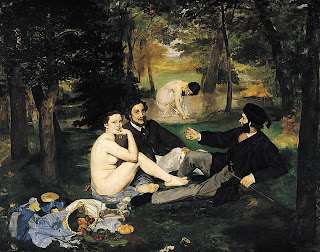 Manet's masterpiece, the female figure in the foreground a combination of Victorine Meurent's face and Manet's wife Suzanne Leenhoff's body. But it is not the nudity that interests us here, but Manet's genius, not only as a painter, but in his capacity in his great works to engage and involve the audience. Emile Zola said "Painters, especially Édouard Manet, who is an analytic painter, do not have this preoccupation with the subject which torments the crowd above all; the subject, for them, is merely a pretext to paint, while for the crowd, the subject alone exists." 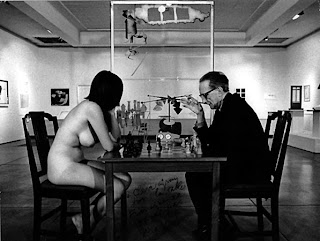 Julian Wasser, Marcel Duchamp and Eve Babitz at his retrospective at the Pasadena Museum of Art, 1963, Photograph

Well, we can allow the sublime Marcel his little jokes as he sits in front of The Large Glass contemplating his next move. After all, he considered most of his art an "amusement". For an analysis of his chess ability see Jennifer Shahade, who is a two time US chess champion. Jennifer has also turned the tables on Duchamp with her own video of her playing a naked male opponent while commenting on aspects of Duchamp's game. She said of the video "I guess being naked, cold and in a doomed chess position took away some of his natural cheer." The video can be found on the same page... 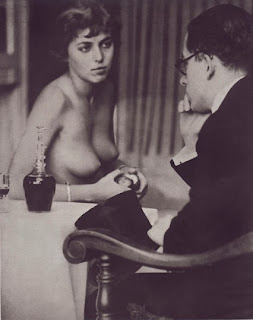 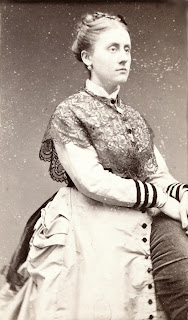 Victorine-Louise Meurent, c.1865, from the collection of Edouard Manet

I came across this recently on the Wikipedia entry for Victorine, who (as you know I am sure) was the model for Edouard Manet's Olympia and Le déjeuner sur l'herbe. Olympia remains one of my all time favourite works of art. I had written a much earlier post on this painting called "Its odd, I always thought I made men uneasy", and had inadvertently included a photo of Mme Ernestine Nadar...thankfully a reader was quick to point out the error. Nice to know someone's looking! The above picture was taken around the same time that Olympia created a scandal when first shown in Paris...
Posted by Bob Georgeson at 14:50 No comments:

I have always liked alleyways. The paradox of escape or entrapment. What secrets do they hold? This work began with some snapshots taken while walking along the 'avenue of consumerism' that is the main street of Burleigh Heads on Australia's Gold Coast. A young skater weaving down the street with mobile phone glued to his ear was the inspiration for the poem 'APPology' a few posts back...

The street is largely made up of cafes and boutiques, the cafe clientele often looking as if they had stepped straight out of the shop windows as they order their flat whites. The second paradox: the unadorned alleyways intersecting with the manicured world of display and desire.

But there is an even more sinister side to this work that was prompted by the publicity surrounding the Jill Meagher tragedy (for my overseas readers a young woman on her way home from a work 'do' was dragged into an alleyway, raped and murdered. Her attacker, a serial offender, in hindsight should never have been walking the streets).

It struck me that the desire to be something other than ourselves that is at the heart of the cliched world of fashion marketing, and the implied objectification of women ultimately creates the environment that breeds the kind of person who knows the difference between right and wrong, but simply doesn't care. Fashion victim? Dressed to kill? She was asking for it? Think about it next time you pass a boutique, or an alleyway...
Posted by Bob Georgeson at 09:40 No comments:

You can watch and download from the Internet Archive here (MPEG2 file and full screen recommended)... 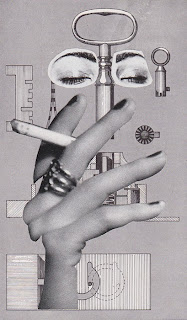 This one is a little tribute to Francis Picabia, whose 1918 poem 'Anecdote' is the inspiration for the anonymous waves project, which at the moment is languishing somewhat, and possibly somewhere, in the Tasman Sea on a rudderless boat...
Posted by Bob Georgeson at 10:42 No comments: 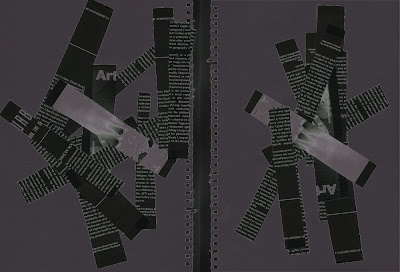 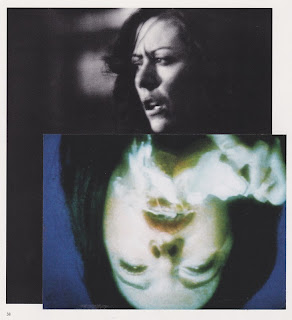 Beginning a series of newer 'conceptual' works and appropriations...
Posted by Bob Georgeson at 15:16 No comments: 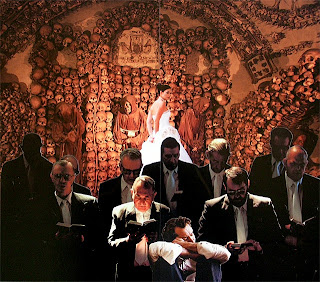 One of the last (I can hear the sighs of relief!) from The Brides of Christ series...
Posted by Bob Georgeson at 12:16 No comments: