who is anonymous waves? 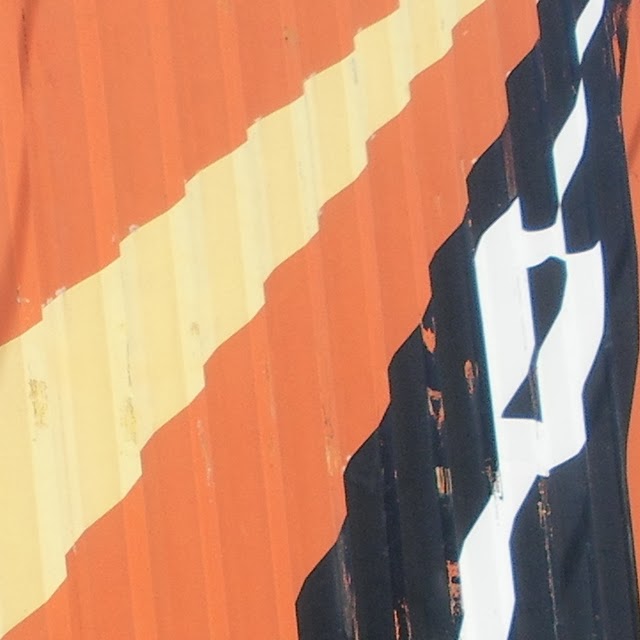 UPDATE (March 1 2014) Since this article was first published the blog known as Bob Georgeson has been transformed into the anonymous waves website, therefore some of the ideas have been superseded and the links below may no longer work. The article has been left intact for archival reasons.

Well it's me (sort of), but that doesn't explain why. The idea started back in late 2012 after discussing aspects of collaboration with emptywhale. I had been impressed by what seemed like the growing number of creators working across different disciplines, and while musicians were often used to collaboration as a matter of course, it was largely infrequent among visual artists. With an increasing interest in audio-visual creations such as video I felt that to publish works under my name alone was a disservice to those whose work I 'appropriated'. The idea 'gelled' rapidly with the discovery of UbuWeb and the Internet Archive and the Creative Commons licensing principle, which enabled me to work with 'found' footage and sounds. A logical progression from my previous work in photomontage, and where my love of music could now come to the fore. The name anonymous waves comes from a line of the Francis Picabia poem 'Anecdote', pulished in 1918:

You see, I am crazy to imagine it
I am a man with nimble fingers
Who wants to cut the threads of old pains
False folds in my anxious brain
History in arabesques memories
I am only happy on the open sea
Where one goes further
On anonymous waves

The first cut of the website came into existence as a 'visual poem' loosely based around the poem, and used a variety of images, both my own and public domain. It also assumed a level of web browser knowledge of the user and content was there to be 'discovered' rather than 'fed'. While I liked the site it seemed that very few others shared my enthusiasm! During 2013 I also started a Netlabel housed on the Internet Archive, the idea to have a repository for all my collaborative work. I had been unhappy with the template restrictions of this blog in the way that my videos were embedded and displayed, so decided to rebuild the anonymous waves (a/w) site as a 'front end' for the Archive repository. Getting a .org domain name was easy, mapping it to the site less so (are you listening Google?).

And so the build began. I had envisaged that as a/w developed that this present blog (and Bob Georgeson) would be subordinated and fade off into the blogosphere, but ah, the best laid plans! Just as soon as I planned this I started getting a lot more cross postings and traffic. Popularity is very hard to ignore let alone dismiss. The outcome of all this? There is a role for both sites. This blog continues much as it has over the past two years (24,000 plus page views in that time) while the a/w site is the front end for future creative pursuits, and I hope further and future collaboration with some of the extraordinary artists and musicians I have met in that time. 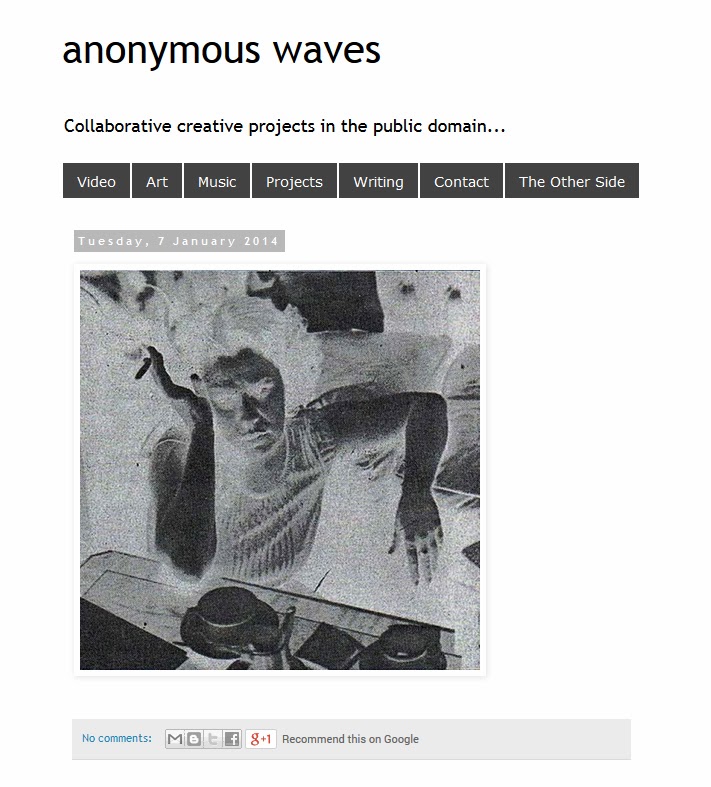 The anonymous waves website is simple in structure with minimal text (cynical readers might breathe a sigh of relief!). The Video page is roughly sequential and makes available the films at a good presentation size (you can go to the Internet Archive by clicking on the I/A icon should you wish to download the files). The Art page comprises graphics created at 640x640 pixels (CD size) for free use and the offer of design and typography skills. The Music page is stuff I listen to, and am influenced (and inspired) by, predominantly in video format and includes such gems as Dizzy Gillespie, Marcus Miller, Marilyn Mazur, emptywhale and Hyaena Reich to name a few. The Projects page lists current ideas and their status like the anonymous waves shopfront proposal. The Writing page is poetry I like and has the 'not to be missed' sound file of e.e cummings reading his masterpiece anyone lived in a pretty how town. Contact details are there (you can also follow us, and be followed, on Twitter), and finally The Other Side, a gallery of suitably deranged influences and hero worship. Bunuel, Arp, Picabia and the patron saint of the site Ulrike Meinhof. 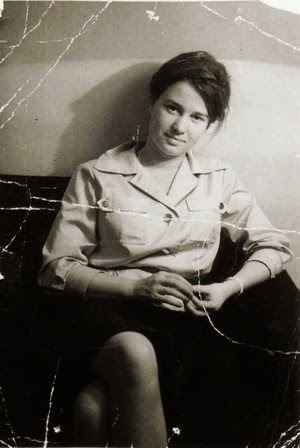 In a time of a global push to the far right Ulrike's knowing look reminds us of the price of freedom...

And why do all this? Well, exposure on an international level, making art available (for free) to a wide range of people, challenging oneself, subverting the traditional power structures in the art and music worlds are a few reasons, but most of all because it's fun. Ideas for collaboration welcome...
Posted by Bob Georgeson at 15:19