The definition of flat

The Hay Plain is one of the largest flat areas on earth. When you stop the car and get out to have a look you realise that your head is the highest point around for as far as you can see. Spatially it is challenging. Distances and the size of objects become immeasurable, there is a stillness where you can hear your own heartbeat. A place where you realise how insignificant you are whether you like it or not...

And people have an awful down
Upon the district and the town -
Which worse than hell itself they call;
In fact, the saying far and wide
Along the Riverina side
Is ‘Hay and Hell and Booligal.’
Banjo Patterson

Special thanks to Joy Georgeson for the footage shot between Hay and West Wyalong. Joy's website can be found here...

Posted by Bob Georgeson at 13:42 No comments:

Across a troubled world

In February of this year I began a collaboration with Griet Menschaert and Denitsa Dicova. Griet is a Belgian born fine artist, linguist, writer and performer who resides in the Netherlands and Denitsa is a contemporary dancer and photographer from Bulgaria. The story begins back in 2012 when I first started blogging and looked around at other people who shared similar interests. I came across Griet's work, liked what she did, followed her progress and did the odd blog post promoting her efforts.

Late in 2013 we exchanged a few emails mentioning possible collaboration. It all got caught up in the end of year madness, and early in 2014 Griet wrote asking for a 'starting point'. I did not have a specific project in mind but wrote back with some general thoughts about the direction I was heading in. From there she mentioned that she had just embarked on a project with Denitsa and would I be interested in joining in on a possible video component.

The project was loosely defined around the words "A performance in which (mother) language, the body, manipulation, time, organic / rational, concentration, aesthetics, purity and exchange are central." The idea, or at least my part in it, was to incorporate some kind of video element into a future performance in their respective homelands. We decided fairly early on in the piece that three way communication across the continents could be difficult, and for this project to work I would take on the role of a 'silent' partner rather than an active participant.

Griet and Denitsa began by sending me some footage they had shot of themselves, a series of short clips with a strong, hands, feet and graphics theme. And so began a series of five video experiments. This was the first time I had worked with 'supplied' footage as opposed to stuff I have selected myself, and that in itself was quite a challenge in terms of process. There were also technical issues to resolve with file transfers and types as well as video resolution differences. 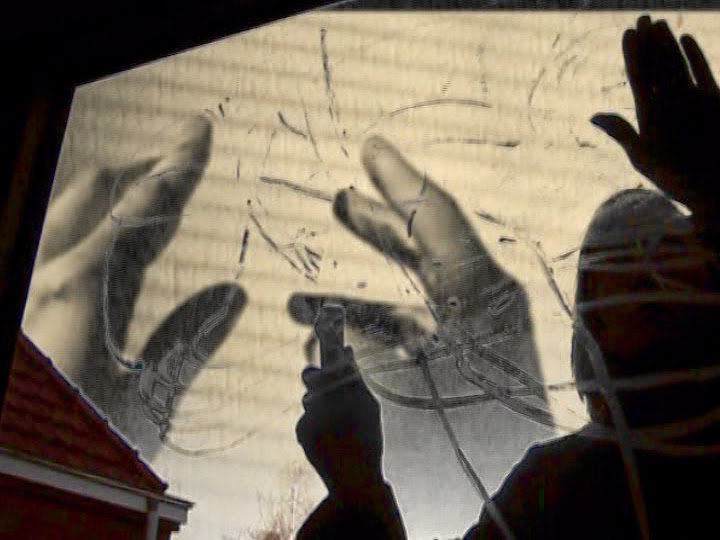 The first experiment was Kitimas Akys (named after the soundtrack) and was a merge of Griet drawing on a window with Denitsa's hands 'dancing' in the background. I used some short footage of my own of storm clouds at the beginning and end and a slightly ominous public domain soundscape by Jaras Ramunas which gives the clip quite a melancholy mood. 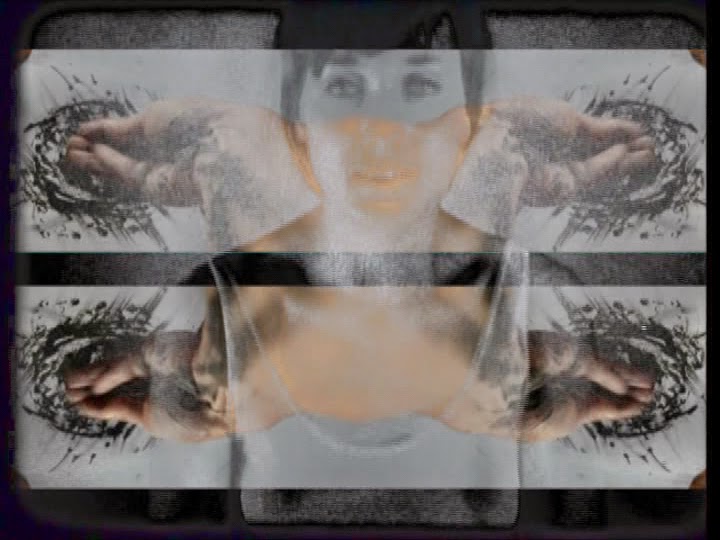 The second clip Broken was a bit of a throwaway experiment where I was trying some technical trickery using a grid of Denitsa's hand merged with footage of a woman 'riding' a man/woman? and having an orgasm. I was curious to see how my colleagues would react to an element of eroticism. The soundtrack was by VJ Memes and called 'I am Broken' and sourced from ccMixter. 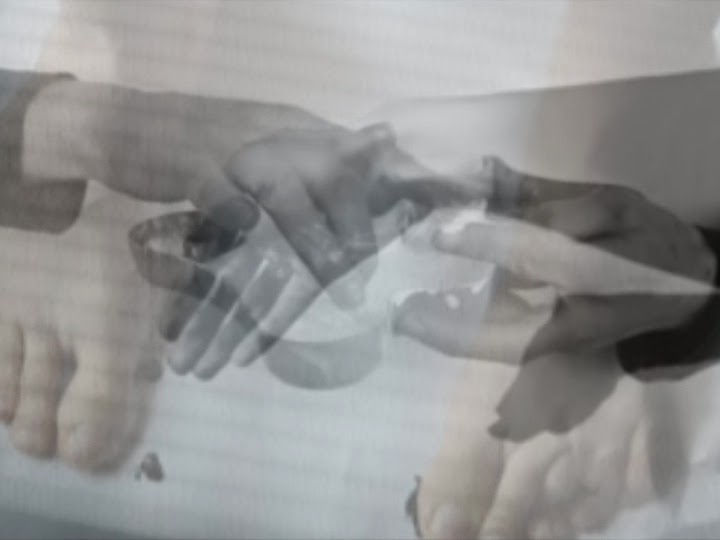 In Cogitality I returned to a more 'pure' approach with merging the original footage on three levels, which gave the clip a more monotone look, with varying focal points occurring (I will admit somewhat randomly!). The soundtrack was my own mix of Brazilian jazz with spoken word from a Bulgarian National TV documentary. 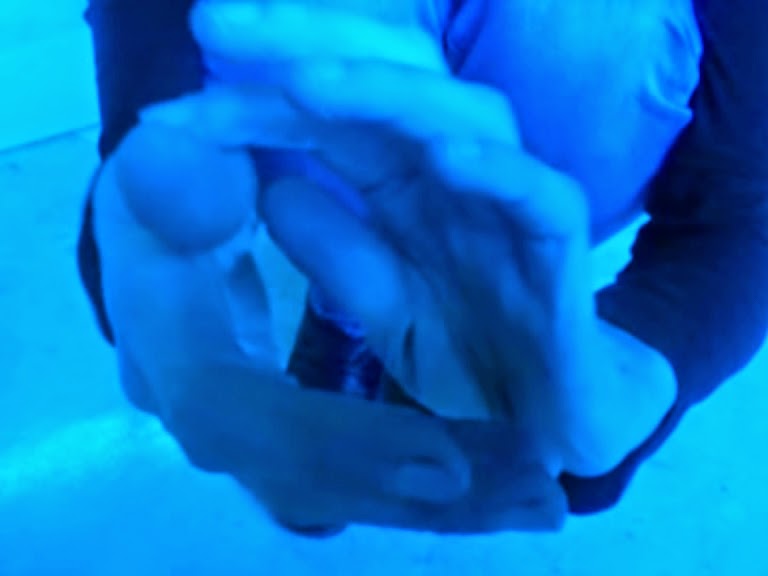 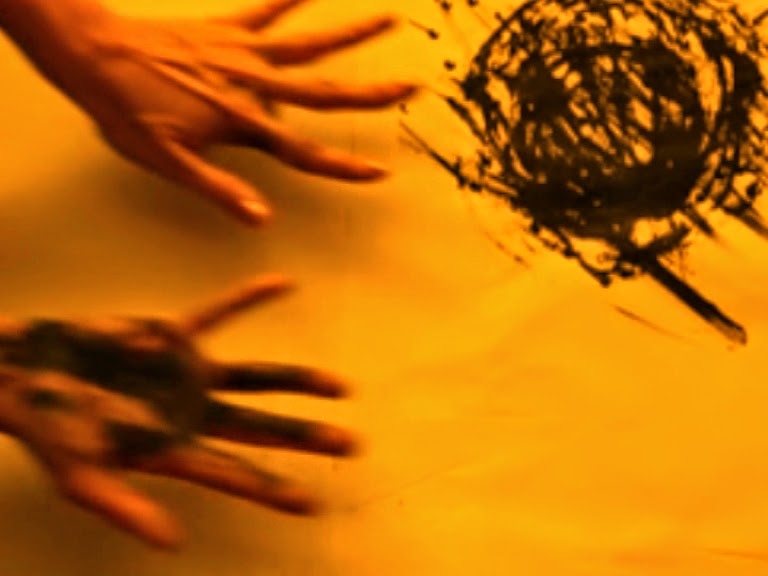 In Across a troubled world I reverted to the original footage, edited into short snippets, giving each individual alternating clip (first Denitsa, then Griet and so on) a strong contrasting colour. I was thinking about projection in a performance sense and how this approach might complement theatrical lighting. The soundtrack was 'Juno' by Harold Budd from his Pavilion of Dreams album and sourced through UbuWeb. 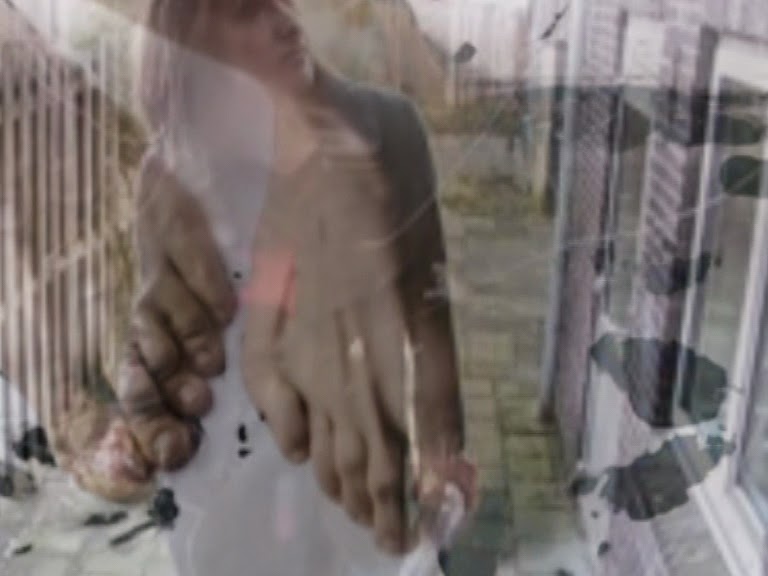 In the fifth experiment I used a soundscape built around a recording that Griet had sent me of her making 'noises'. I played around with a few effects and duplicated the track, reversed it and mixed the two together. The video was another 'random' merge but has some nice passages in it that warrant further exploration.

Thoughts on the process: Collaboration implies a certain suppression of one's ego. It is not just about me, and while musicians, actors, dancers etc. are used to working together as a matter of course it is not so common among visual artists. I find that collaboration takes me places creatively that I would not have considered going (or perhaps been courageous enough!) to if I just stayed working alone in the ivory tower of my mind living here in one of the most isolated parts of the planet.

Embracing different cultures, disciplines, language, experiences, personalities has (and continues to be) a great learning experience. However life can get in the way of the best laid plans and I have found that to maintain enthusiasm, momentum, continuity let alone concentration over a long period of time challenging. Reaching agreement/approval on output is also an interesting point. We could NOT agree on (my) choice of music for the clips, and it was only in the fifth experiment with Griet's manipulated 'noise' that we found common ground.

This project has also taken place over a time in the world of great conflict. Griet has worked in the Ukraine and has friends and colleagues there. Bulgaria sits at the opposite side of the Black Sea. It has been impossible to divorce oneself from the politics of the situation and our underlying concerns for humanity...hence the title of this post. And I have made friends out of two artists that I have a great deal of respect for.

Where this project goes from here is unknown. Whether it reaches a final performance or continues as an experiment, or not at all, is not the point. What is relevant is that it becomes a point of departure for future activities, and one that stretches the boundaries of countries as well as the imagination...

Griet Menschaert can be found here...

Denitsa Dicova here...
Posted by Bob Georgeson at 15:36 No comments:

Top of my playlist at the moment is this recent release by Hyaena Fierling (aka Ana Cordeiro Reis). This multidisciplinary artist continues to intrigue me with her mysterious sounds rooted in a deep reflective intellectualism, but please don't let that description distract you from donning the headphones (or slotting out the credit card to support independent creativity)! I was honoured to be able to use her work in the emotive and passionate 'Why is this happening?' video a few posts back. Hope it's not the last collaboration...

You can visit her website here...
Posted by Bob Georgeson at 11:02 No comments:

Well...it had to happen eventually. Bega catching up with the rest of the world that is. If not quite there yet with aesthetically pleasing architecture then at least the germ of a creative 'movement' that has been propelled by the current (and inaugural) Festival of the Face, an offshoot of the now national, and lucrative Shirley Hannan Portrait Award. And a major part of the transformation has been the 'occupation' of the old Retravision electrical retail store into a multidimensional art space.

Saturday night saw an 'event', hopefully among the first of many, where the pictures on walls concept was augmented by performance, films and music. And an opportunity for me to have some of my videos projected on the 'big' screen. Many thanks to Richard Maude and Tony Dean for making it all happen... 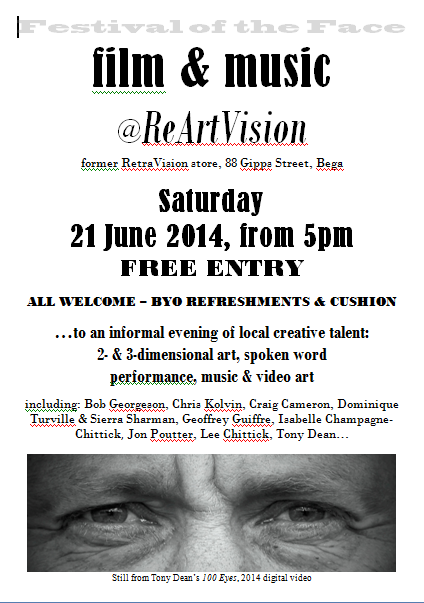 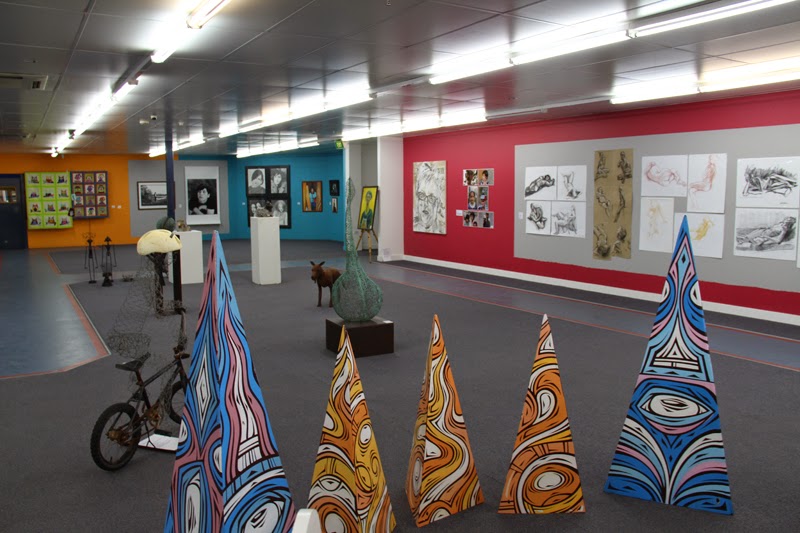 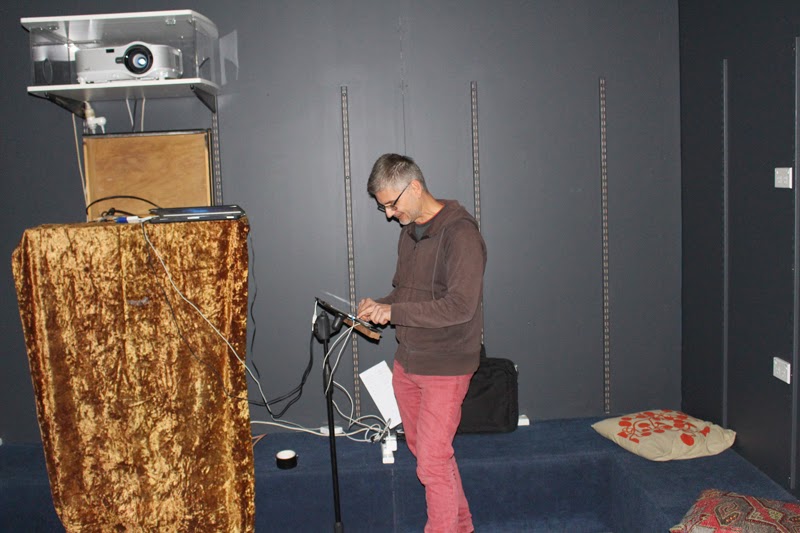 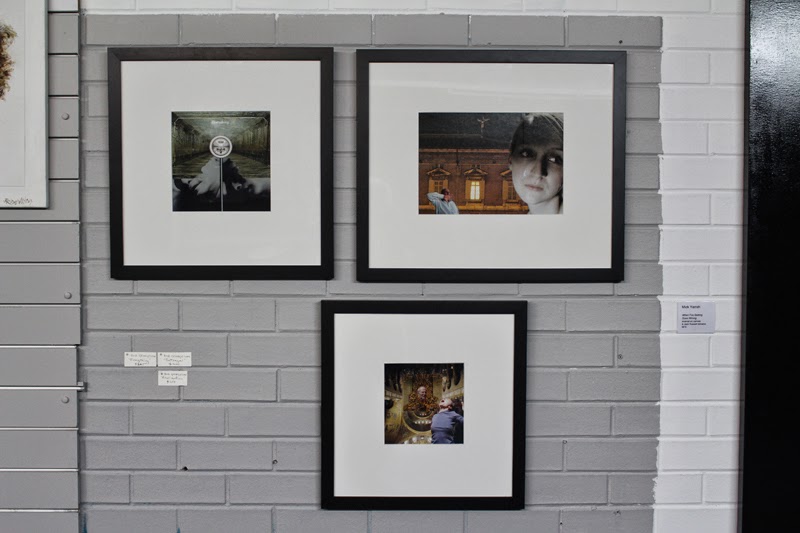 Some of my photomontages 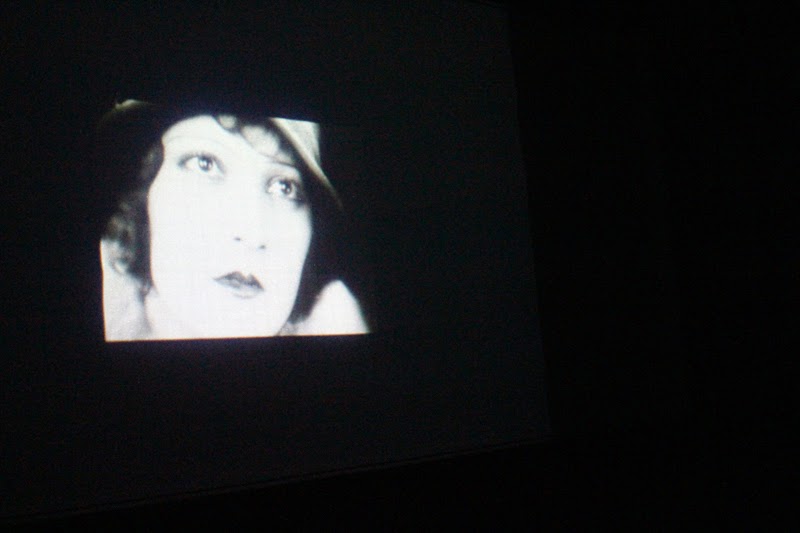 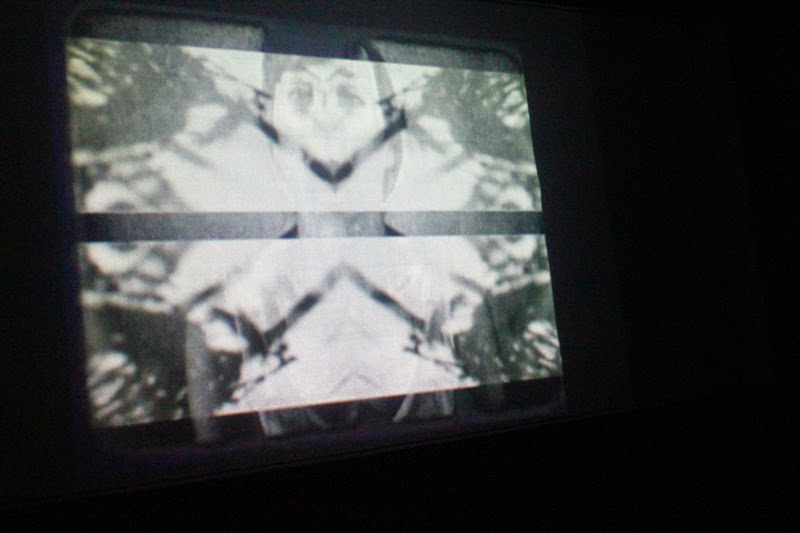 You can follow Festival of the Face on Facebook here...
Posted by Bob Georgeson at 14:31 No comments:

...was a comment levelled against(about?) me many years ago in conversation with a friend. "Always stating the obvious Bob", she said. Oh well...I just find the so-called interesting mundane and the mundane interesting. And the more mundane the better I say. Paths leading nowhere, doorways always shut...kinda like a metaphor for something. Oh dear...there I go again! The obvious...

Some snaps from the recent trips... 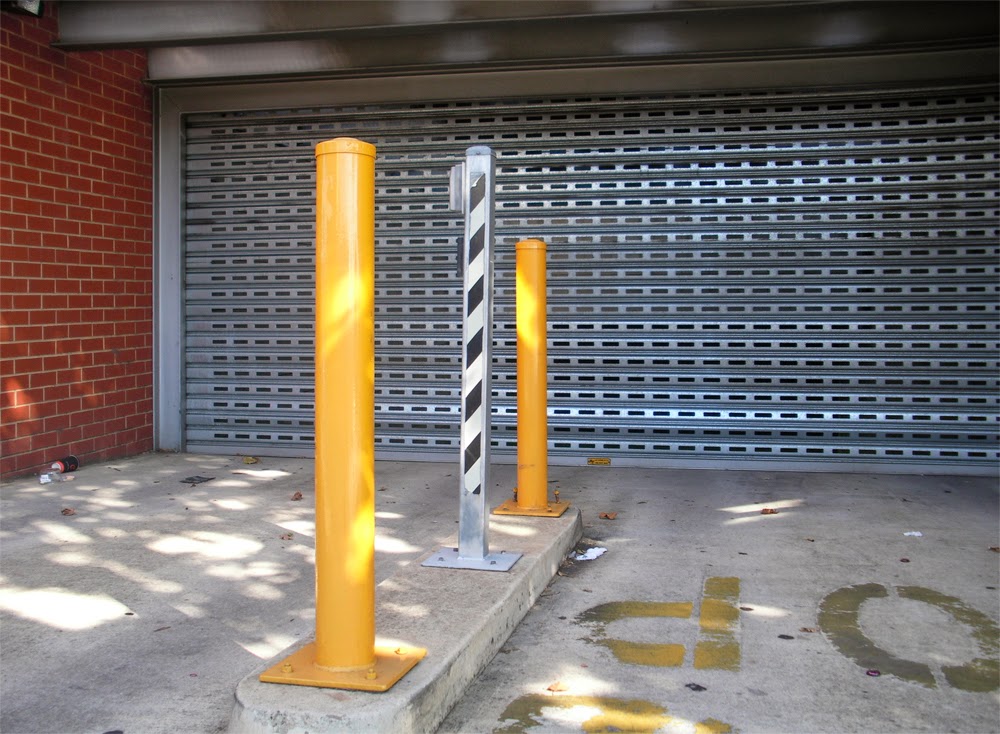 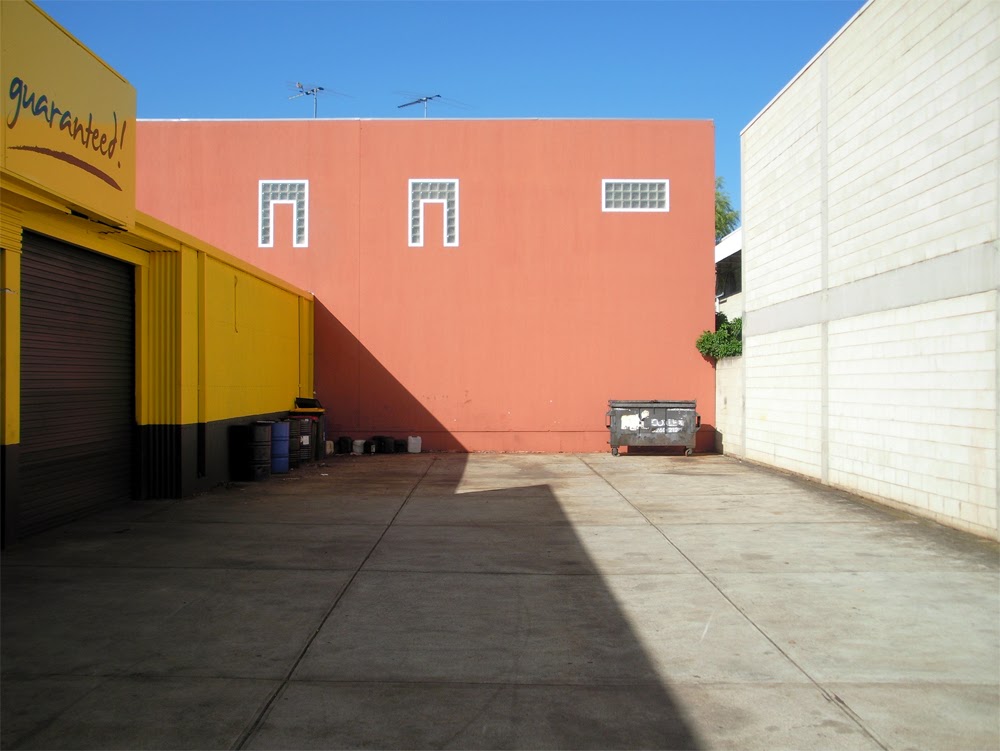 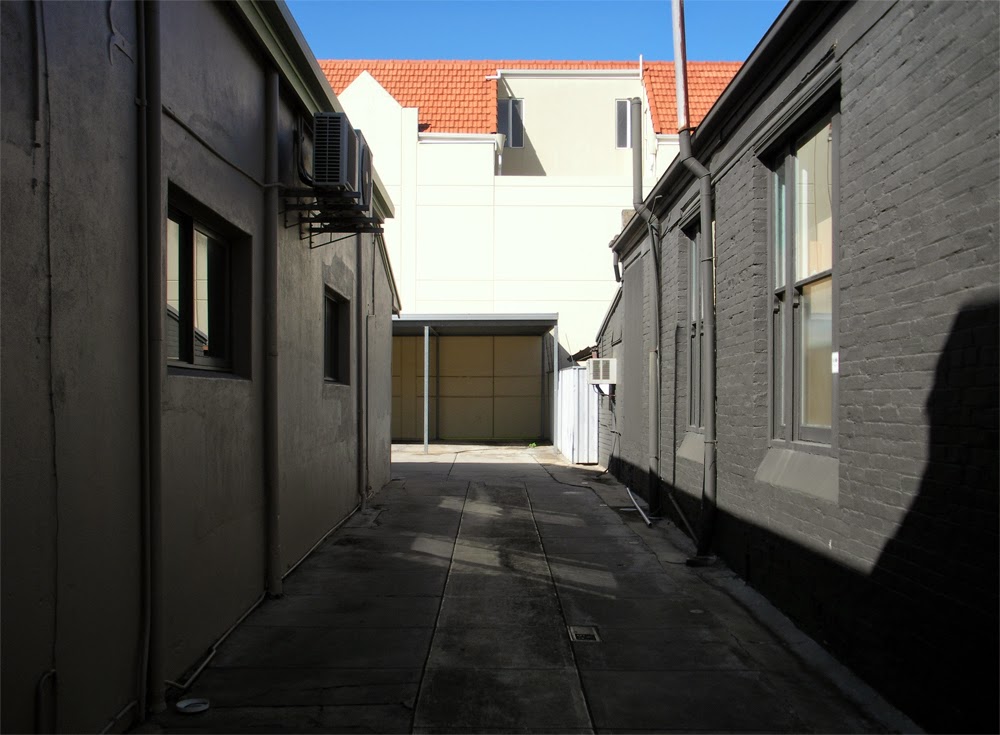 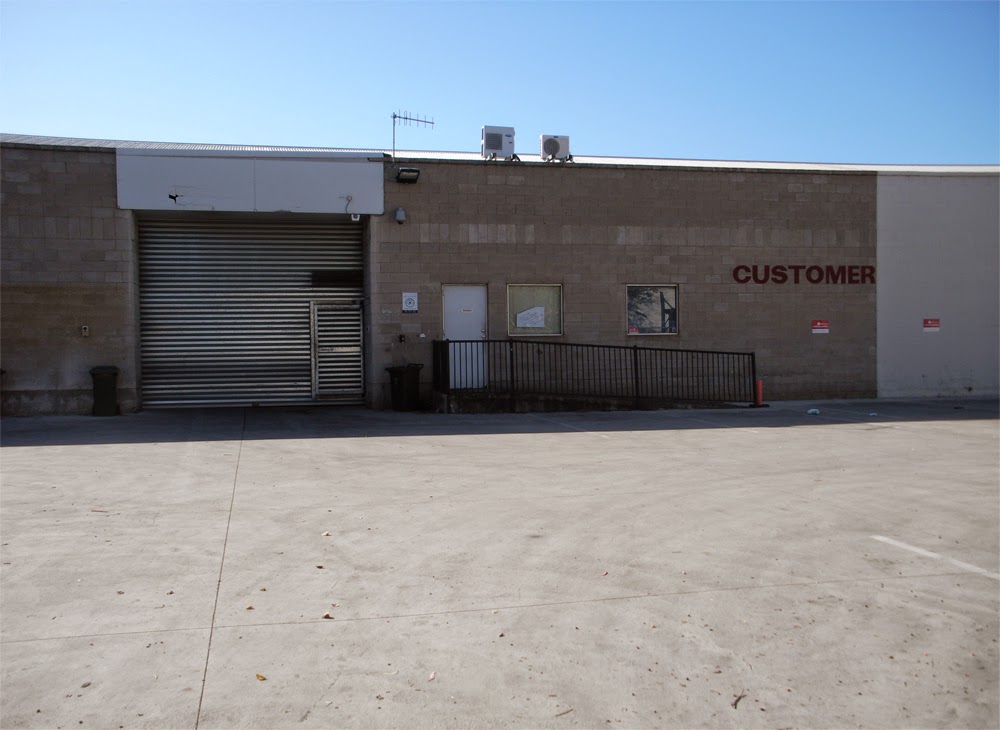 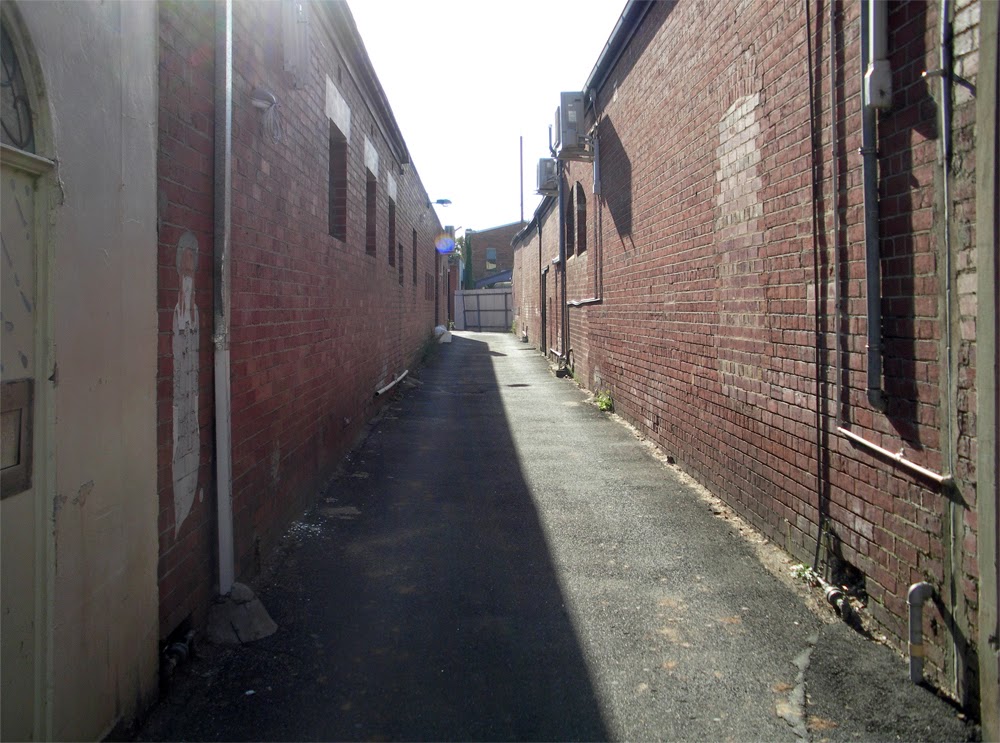 Well...I bin in Adelaide visiting my brother, that's where. Sometimes in life there are things more important than art and music, and maintaining websites, and we won't even mention the inanity of Twitter. So I am finally back in the studio trying to remember what I was doing before hopping behind the steering wheel and driving more than a few thousand kilometres across this crazy land.

Ahhh...it is all slowly coming back. I had published a video called 'Why is this happening' and I had been working on the collaboration that has occupied my thoughts since February. There is much to report, but for the moment you will have to do with this pic. Like families that can be brought together when a crisis strikes, it is possible even to find beauty in a lowly power pole... 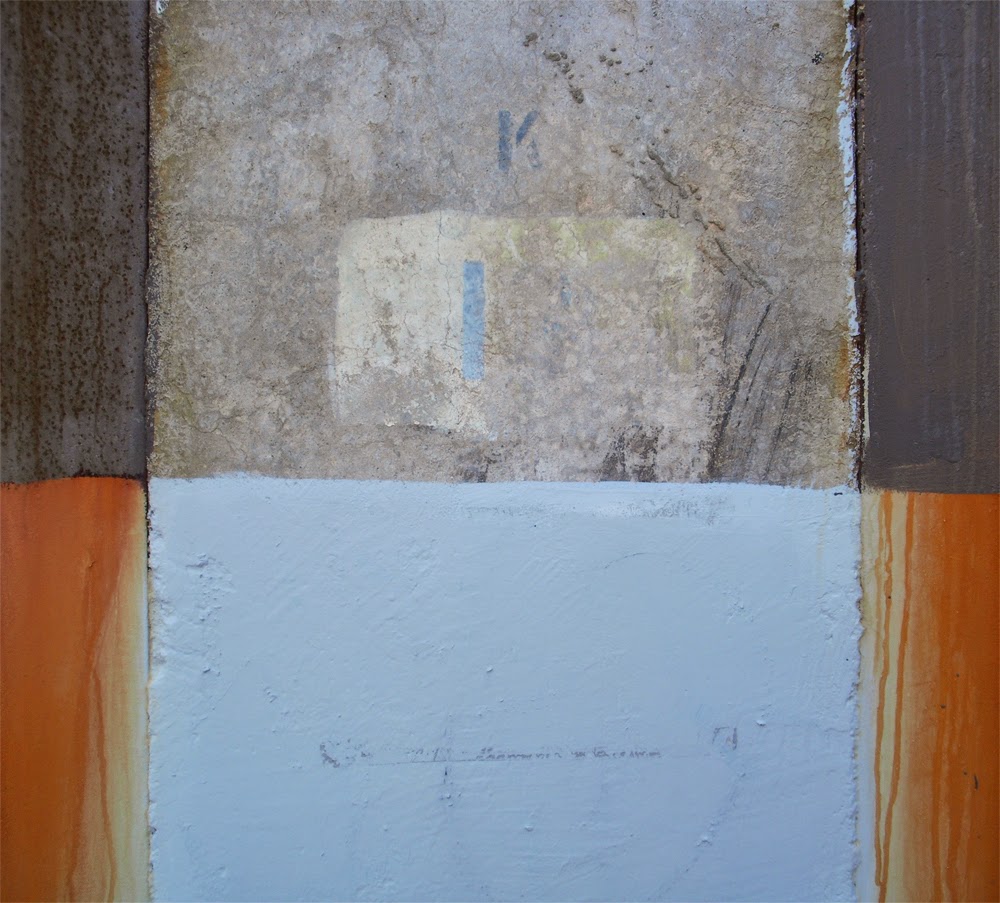