Each year, approximately ten million people visit the Louvre, and according to Henri Loyrette, the Louvre's former director, “eighty percent of the people only want to see the Mona Lisa.” But how many people actually look at the famous painting? Or do they just take a selfie? Filmed on a GoPro consumer camera, "#monalisa" is an interrogation of the relationship between art and technology.

Additionally, in a world where our attention spans are waning (a 2013 study conducted by Microsoft found that the average person's attention span was 8 seconds--one second less than that of a goldfish), "#monalisa" invites viewers to slow down and observe; to this end, the film was shot entirely in slow motion and the filmmakers kept the editing to a minimum--the longest shot is 45 minutes. As a result, the film turns visitors to the Louvre into works of art themselves. The film is a contemplation of human behavior and a meditation on looking.

"#monalisa" features cinematography by Nandan Rao and a wall-to-wall score by Peter Broderick and David Allred. At eleven hours, "#monalisa" might be the nineteenth longest experimental film ever made, and the score the second longest musical composition ever released. It's not necessarily meant to be watched from beginning to end. Viewers can click around on the link and watch it in any order.


Next exhibition: This film has been modified from its original version. It has been formatted to fit this screen by Khanhthuan Tran (Canada) Opens August 24th

Open Call: The Other Side 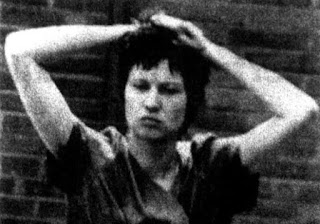 The Other Side is about alienation, isolation and loneliness. What effect does new technology and political systems have on these conditions? What impact does the prevalence of these conditions have on a coherent society?

'In the final analysis alienation is, among other things a response to the frustration created by the lack of meaning in modern society.” Paul Hollander
“Without alienation, there can be no politics.” Arthur Miller
“There is only one way left to escape the alienation of present day society: to retreat ahead of it; every old language is immediately compromised, and every language becomes old once it is repeated.” Roland Barthes

“I don't want to express alienation. It isn't what I feel. I'm interested in various kinds of passionate engagement. All my work says be serious, be passionate, wake up.” Susan Sontag

What I am looking for: art in any medium - graphics, film, sound, interactive, writing, ideas that express your feelings about alienation, isolation or loneliness.

Submission form: The Other Side (open call here https://forms.gle/FdcDBtqRCLzq9GmC8 until August 31 2020) If you do not have a Google account email me at surrealdada@gmail.com

Upcoming shows: Submissions/proposals are encouraged from individuals, groups or other collaborators for future shows.