Keeping me busy the past week or so has been the Love & Desire show at Spiral Gallery in Bega. A first for this gallery on this theme, and a testament to the renewed energy and outlook of this artist run initiative in a town known more for its cheese than its culture! It is interesting to see how different artists have approached the subject, and how they have interpreted the 'brief', if indeed there was one. Without going into a polemic about what constitutes 'erotic art' (perhaps for a later post?) here are a few of the works that I thought hit the mark and had something to say. Apologies for seeming too egotistical by including my own humble offering among these... 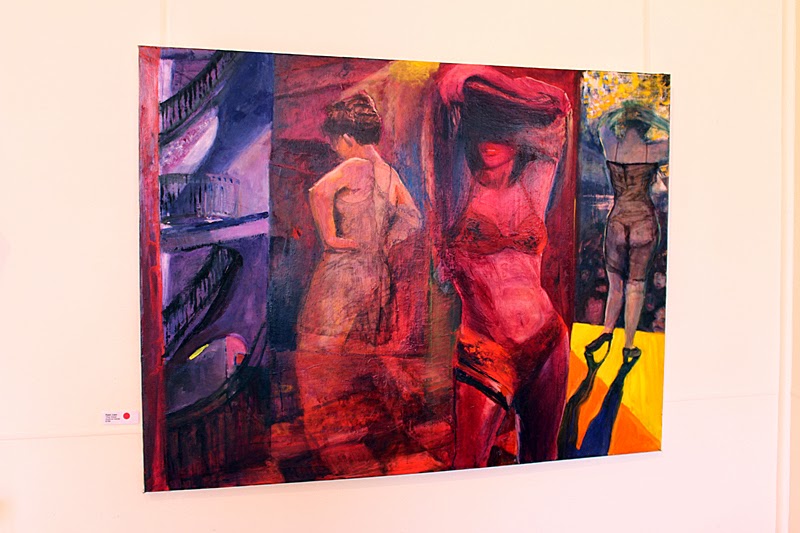 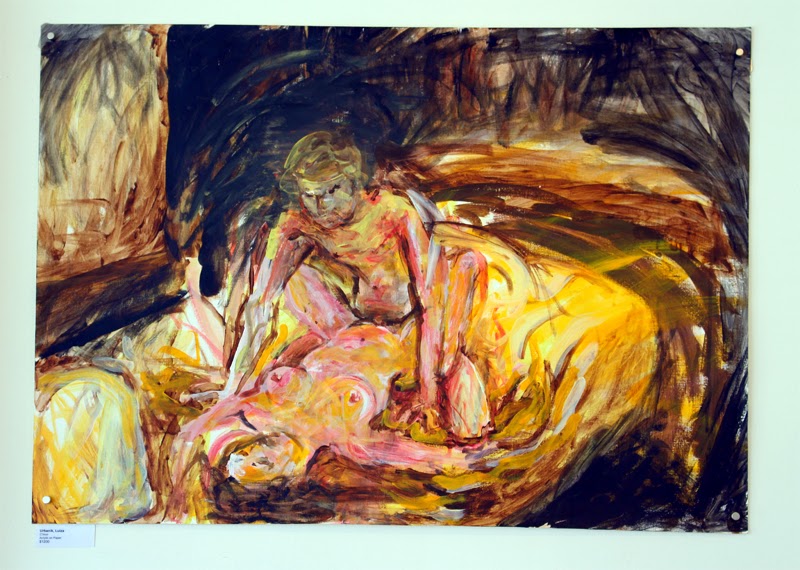 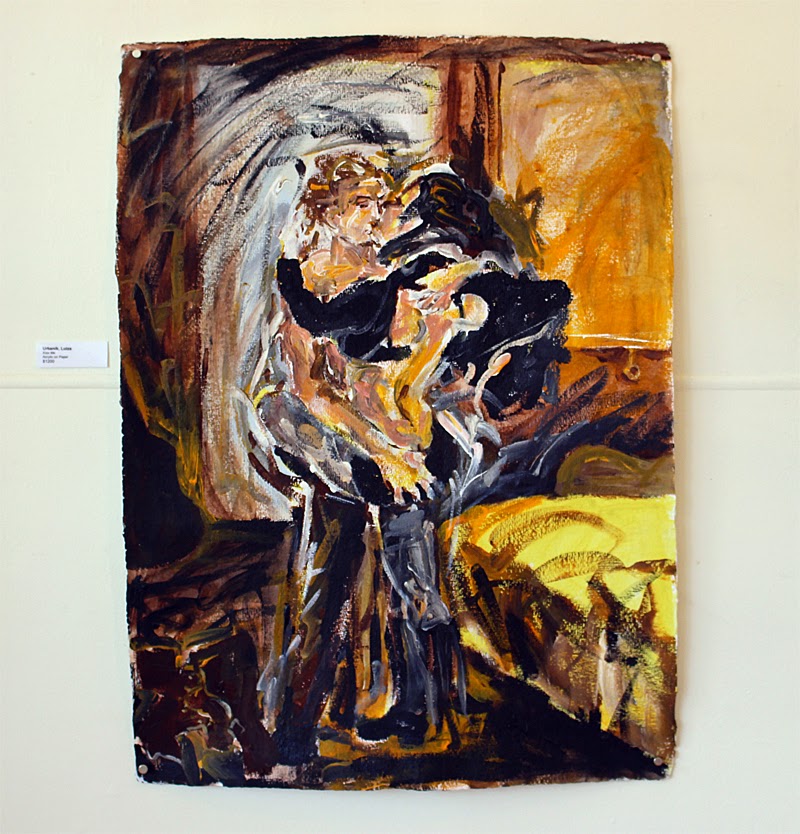 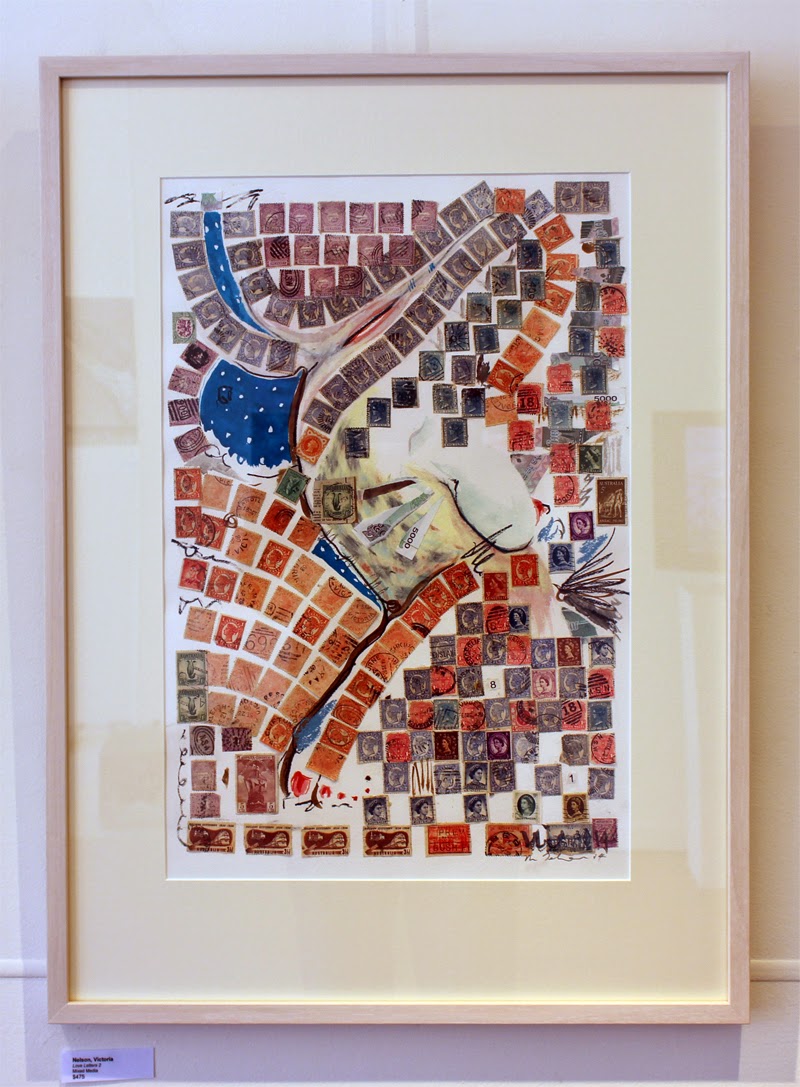 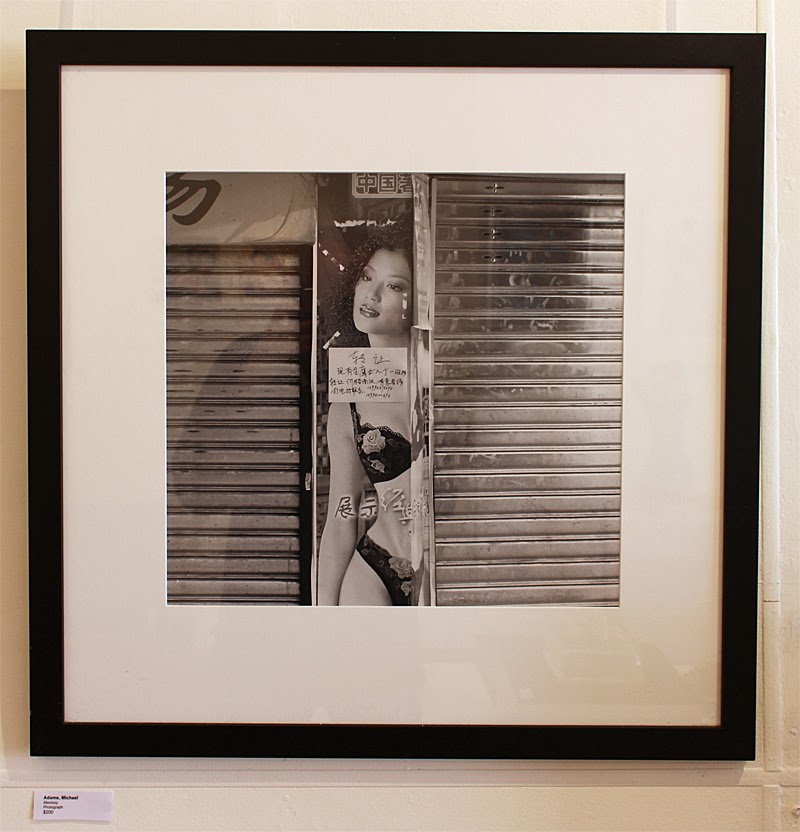 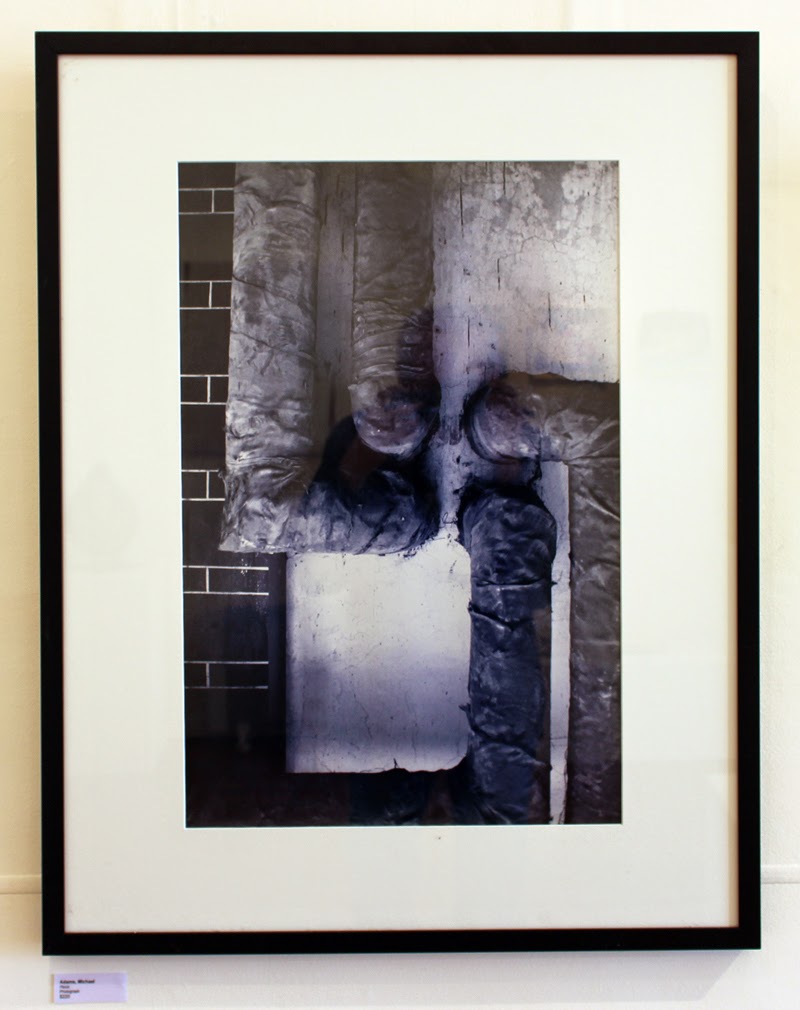 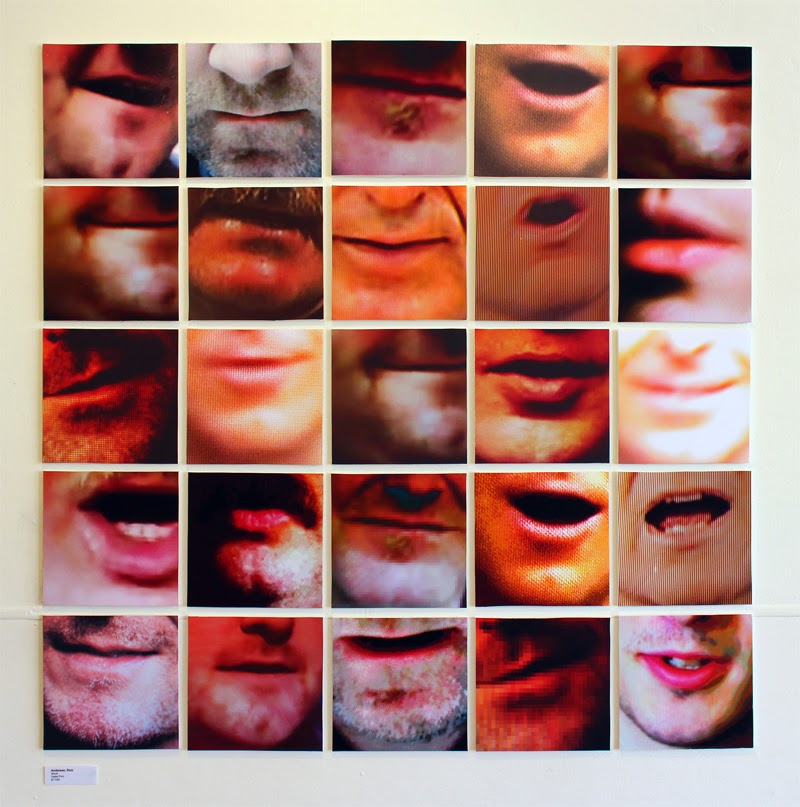 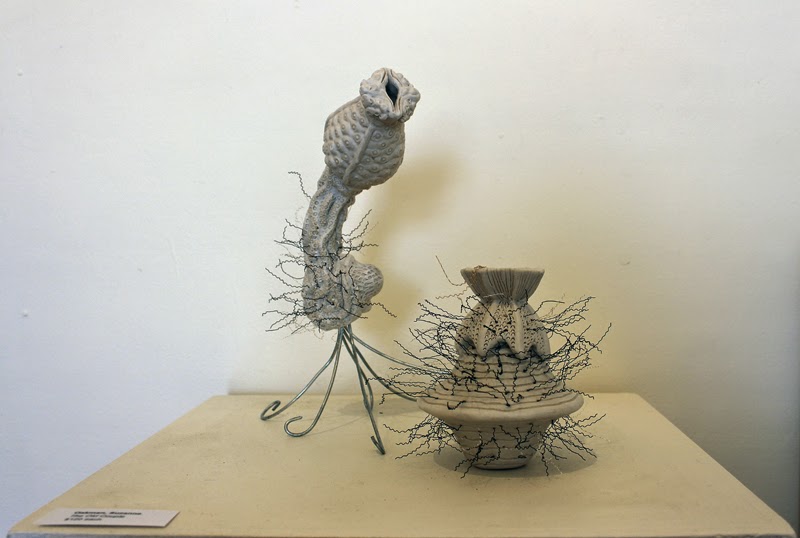 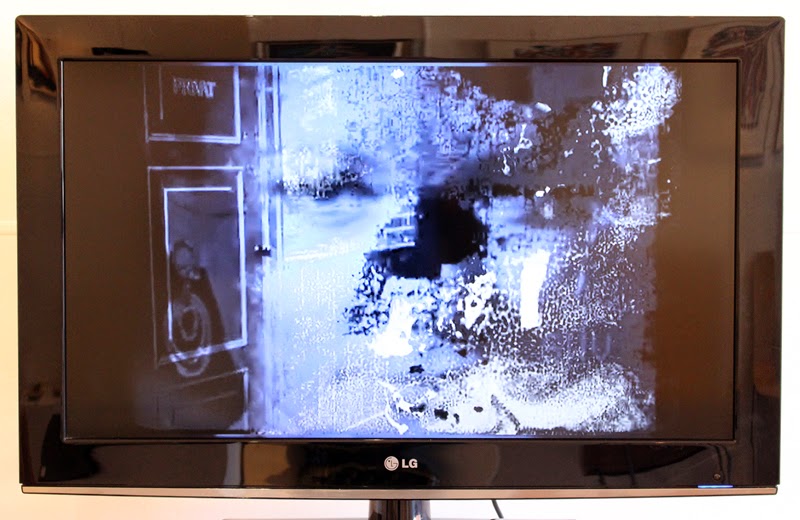 We talk of God,
of the way you had lost
and found again.
I do not believe
but I say a prayer.

We talk of angels,
Sara, Josie, Ruby, Matt
At the gates of hell
They watch over you
Never judging the sins of the past.

We talk of family.
She says he's like his father,
He says I'm like my mother.
Between them we sit.
The parents we rarely had.

We talk of the sea,
In all of us it is as deep as the ocean.
Breaks, wipeouts, waves
erasing memories,
The causes of our emotion.

When you visit a dying man
Do you say hello or goodbye?
These are precious moments,
I say hello
and we talk.
Posted by Bob Georgeson at 12:47 No comments:

Email ThisBlogThis!Share to TwitterShare to FacebookShare to Pinterest
Labels: poetry

"But in any case why do you regard it as so important to be talked about by people who have not yet been born? After all, you were never spoken of by all the multitudes who lived before you - and they were every bit as numerous, and were better men." Cicero The Dream of Scipio.
Posted by Bob Georgeson at 11:59 No comments: 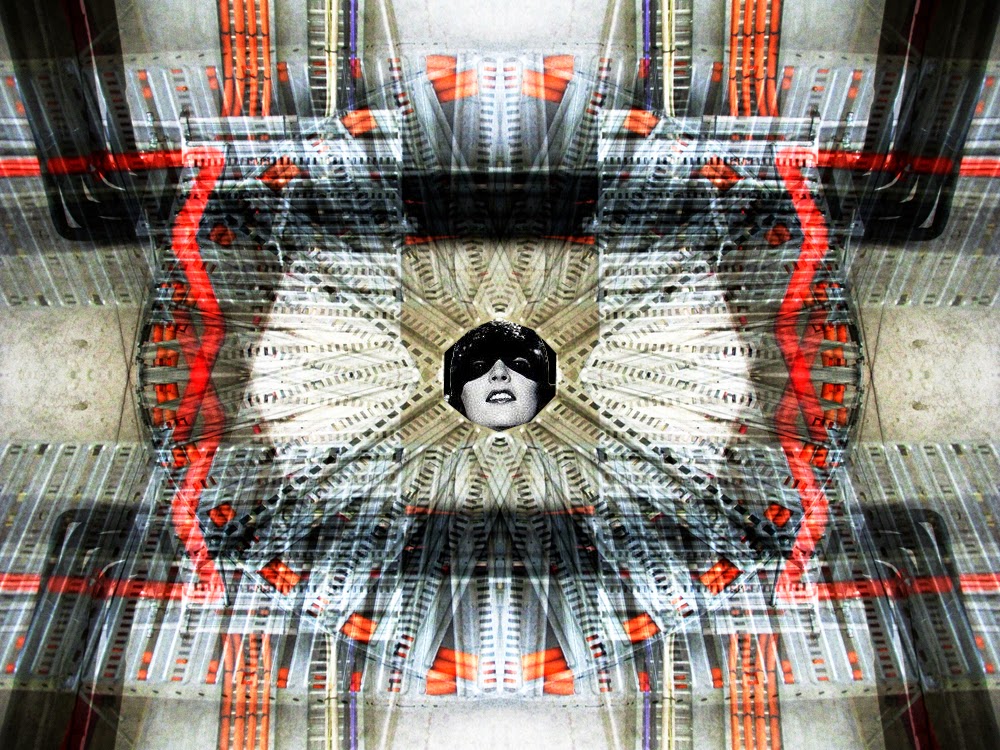 anonymous waves, Ayesha (she who must be obeyed), 2014, Digital print
Posted by Bob Georgeson at 14:46 No comments:

This mashup (like the title suggests) is a return to some of my favourite themes, and working again with the soundscapes of one of my favourite musicians (emptywhale), who I blame entirely for the development of my cinematic 'style'. The themes of eroticism, passion, death, decay, disintegration, decline and disorder combine in a (humble) homage to Man Ray...

The delightfully dulcet soundscape is From A Clear Sky taken from emptywhale's third album Some Hollow Lullabies. You can download it here...

The HD MPEG movie file on the Internet Archive can be downloaded here...

You can see all of my videos here...
Posted by Bob Georgeson at 11:55 No comments:

Posted by Bob Georgeson at 18:02 No comments:

With the recent collaboration between Griet, Denitsa and myself and the new multidimensional art space in Bega fresh in my mind it has been timely to be able to experiment for a few hours with a borrowed data projector. The experiments revolved around departing from the static single projection on to a screen to exploring uneven surfaces, back projection and transparent 'curtains'. A long way to go yet, but it's a start... 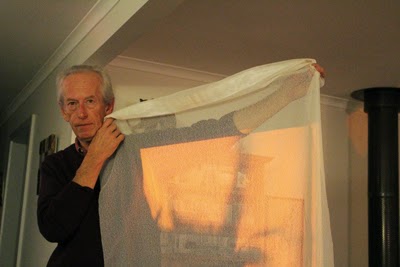 Seeing how long one can hold one arm up before collapsing in pain! 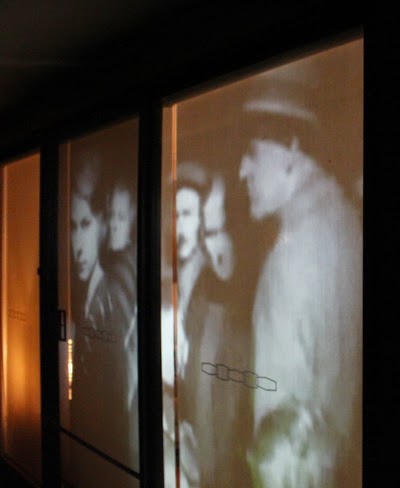 Giving the neighbours a show. They all think we are strange anyway... 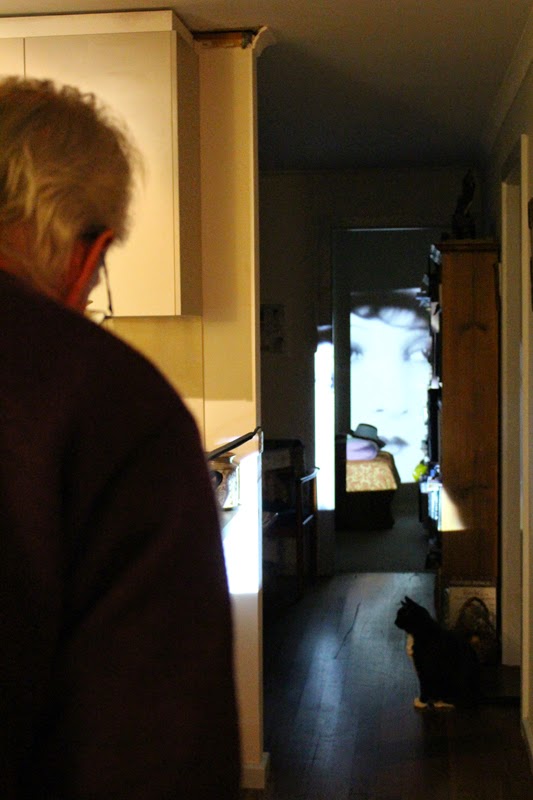 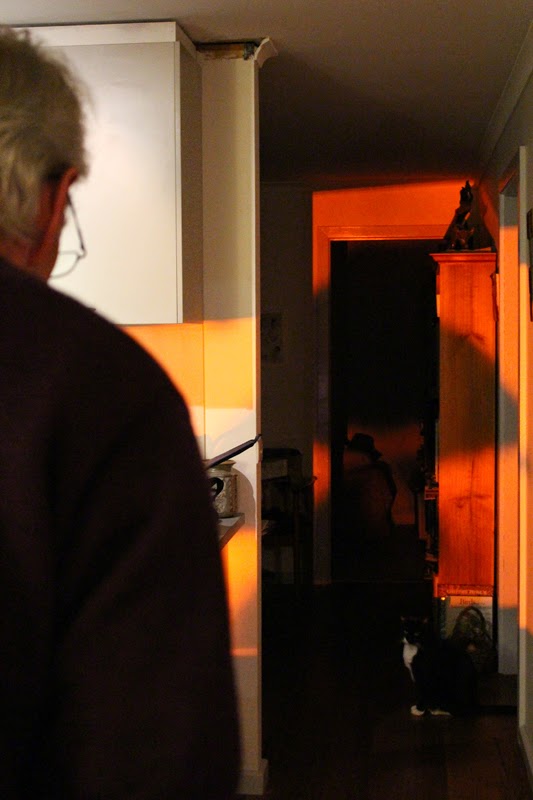 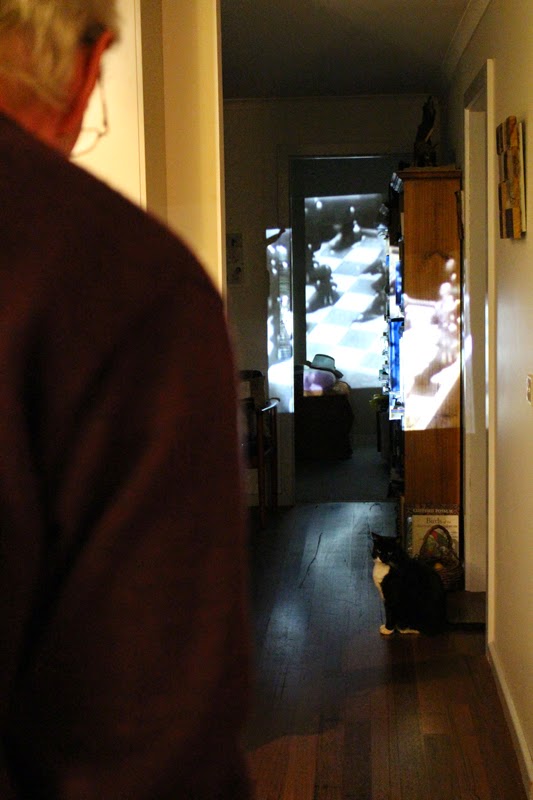 The star in these three pics is Pinot, the cat. Singularly unimpressed with the human's feeble attempt at creativity...


...and special thanks to Joy for helping out.
Posted by Bob Georgeson at 17:57 No comments: