Posted by Bob Georgeson at 14:00 No comments:

Posted by Bob Georgeson at 14:39 No comments:

Posted by Bob Georgeson at 14:37 No comments:

Transitory Encounter: an exploration into generative systems @ The Wrong Biennale 2019/2020

Taking as it's point of departure the phrase "as beautiful as the chance encounter of a sewing machine and an umbrella on an operating table" (from Les Chants de Maldoror by the Comte de Lautréamont), Transitory Encounter explores various generative art processes to question 'what is reality and what is illusion'? Or, perhaps that should be 'what was reality'?

The process begins with selection of 'human' faces generated from the website This Person Does Not Exist. Built on a Generative Adversarial Network (GAN) the site creates fully automated human image synthesis by endlessly generating images that look like facial portraits of human faces. My selection is largely influenced by colour preferences across the whole image.

The 'faces' are then subjected to random transformations using Decim8 (We destroy in order to create), a glitch app developed for both iOS and Android devices by Kris Collins. Different filters at different strengths are randomly generated before output. No two images are ever the same. Approximately 1 in 30 images might be saved for further use.

In a world where 'fake news', face recognition software, constant CCTV surveillance, augmented and virtual reality, deepfake deceptions, identity theft and image manipulation can blur our notion of what is ultimately 'real', net.art in the form of generative processing can also question the creative act. What ultimately matters is the end image. There is an obvious aesthetic judgement in what eventually gets exhibited, but what interests me is that the images differ from what I 'normally' would create by conscious construction. One's training in, and knowledge of the elements of design and principles of composition can at times constrict the creative process. New pathways to new territories evolve.

Information overload can blur the senses but at what point are humans still able to identify the image of a human face? How much 'decimation' has to occur before it becomes unrecognisable? Portraiture in art has always looked beyond simple identity. In conceptual art the idea of self is paramount (“I think, therefore I am (an artist)” to paraphrase Rene Descartes). In Transitory Encounters the notion of 'selfies' becomes 'otheries'. Chance encounters with generative systems leads to a new reality. The self no longer exists...

You can see the complete exhibition here...
Posted by Bob Georgeson at 12:03 No comments:

Posted by Bob Georgeson at 11:48 No comments:

The PopGen Project - Make the machine do the work!

PopGen is a term that refers to population-based recruitment of patients and controls for the analysis of complex genotype-phenotype relationships in the medical research field. This art project paraphrases the term into a populous aggregation of images relating to art and culture that examines how humans interpret complex visual information when juxtaposed with visual cliches relating to popular culture and technological change. It uses the juxtaposition of seemingly random or opposing imagery to create a new reality.

The base images are initially created with net.art generator (NAG), a computer program which collects and recombines images from the Internet to create a new image based on search terms. These are then assembled into metamontages in Photoshop. Clip art images with transparent backgrounds are sourced from Pngimg.com, a free Creative Commons library and then overlayed into the finished piece. 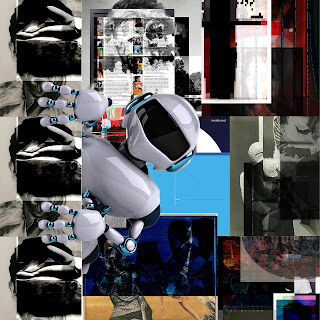 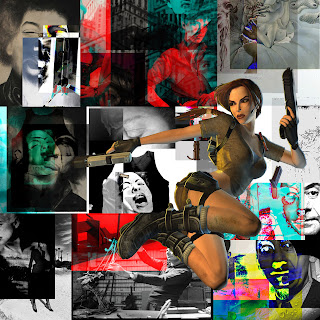 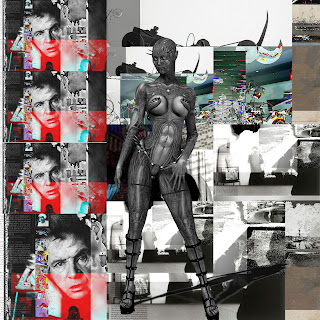 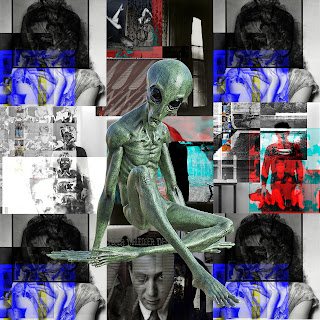 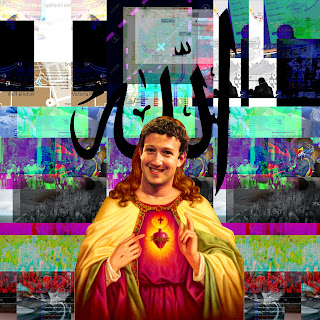 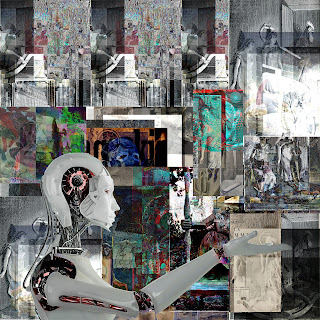 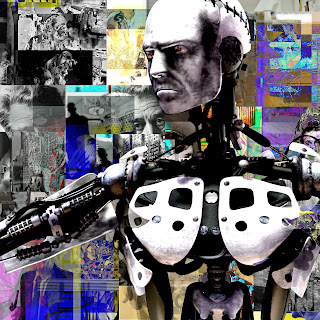 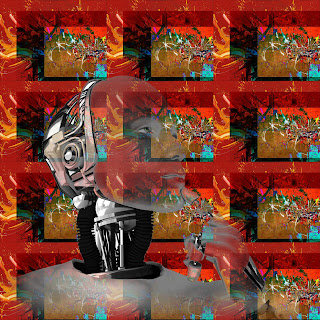 The PopGen Project was developed as part of my current investigations into generative systems and art. It is featured as my contribution to The Perfect Users 2019 Pavilion as part of The Wrong Biennale. I am honoured to be included among some of the best digital artists working today. The exhibition will also have a physical presence at the Anno Domini Gallery in San Jose, California next year from April 3 2020.
Posted by Bob Georgeson at 11:33 No comments:

To celebrate the beginning of The Wrong a free giveaway of fake art by celebrated international artist Tyler Burden. artSpam 2 and artSpam 3 are unsigned originals that you can download and distribute absolutely free! Impress your friends, annoy your enemies. Spread the word The Wrong is here! #thewrong #thewrongbiennale